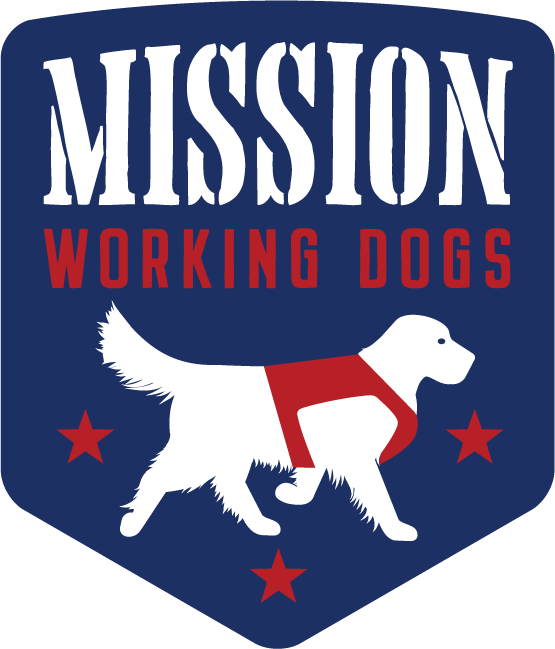 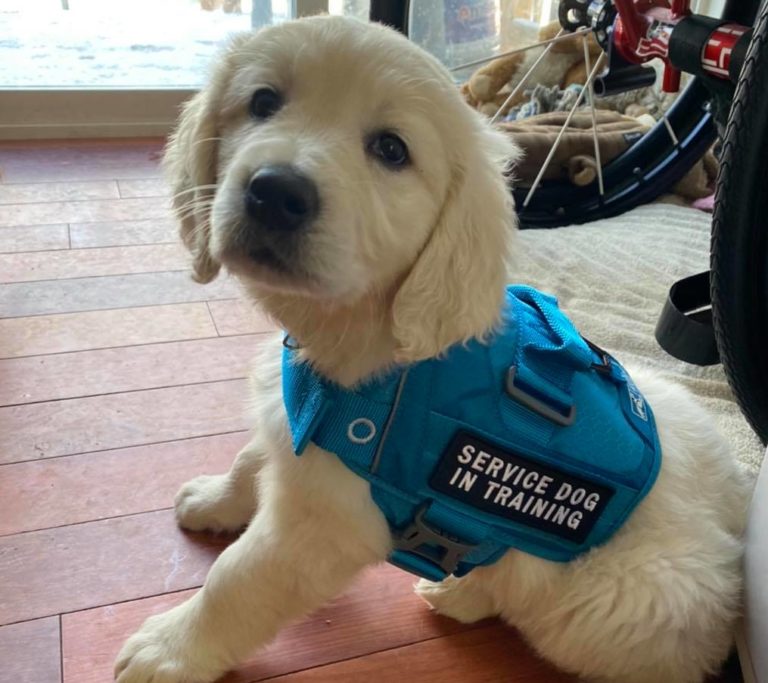 To improve the lives of our community members who are living with a disability by providing them with properly trained service dogs to help them live more independently despite a physical disability and by providing therapy dogs which will bring mental well-being to the people of Maine such as those in nursing homes, hospitals, and schools.

At Mission Working Dogs, we train purpose-bred dogs to aid individuals with disabilities so that the handler can live a life to the fullest and more independently.

Service dogs can assist those with physical disabilities such as mobility impairments by fetching dropped items, opening doors, and turning on and off lights. They can also help individuals with PTSD by learning to recognize an increase in anxiety, carrying medications, and providing deep pressure therapy to calm or redirect the handler.  Dogs working as facility dogs are often trained to recognize a patient’s affected side in the case of a stroke and to approach on the side the patient is able to pet with or throw the ball. Patients are able to work on fine motor movements in petting or caring for the dog as well as gross motor skills playing fetch with a dog that’s able to bring the ball exactly to where the patient needs, such as on a side table or directly into their hand, rather than on the ground or trying to play tug with it inappropriately.

Not every puppy makes the final cut. Some candidates who may be too social or like squirrels just a little bit too much might make amazing therapy dogs or may be adopted out to qualified families as high-class pets. Those that are selected to become therapy dogs are trained to be calm, patient, affectionate and comforting to those in need.

Service dogs are generally trained for approximately two years and undergo a wide range of assessments on their physical health, temperament, and tasks or skills to make sure they can properly support their handler throughout life.

Past service dogs from our trainers are helping their handlers live longer and more independent lives. Therapy dogs from our program work in schools providing emotional support, laughter, or even a listening ear for reading programs. Students in behavioral programs have also benefited from becoming “junior handlers” and working on their own patience and compassion while learning to work with the dogs to help others. 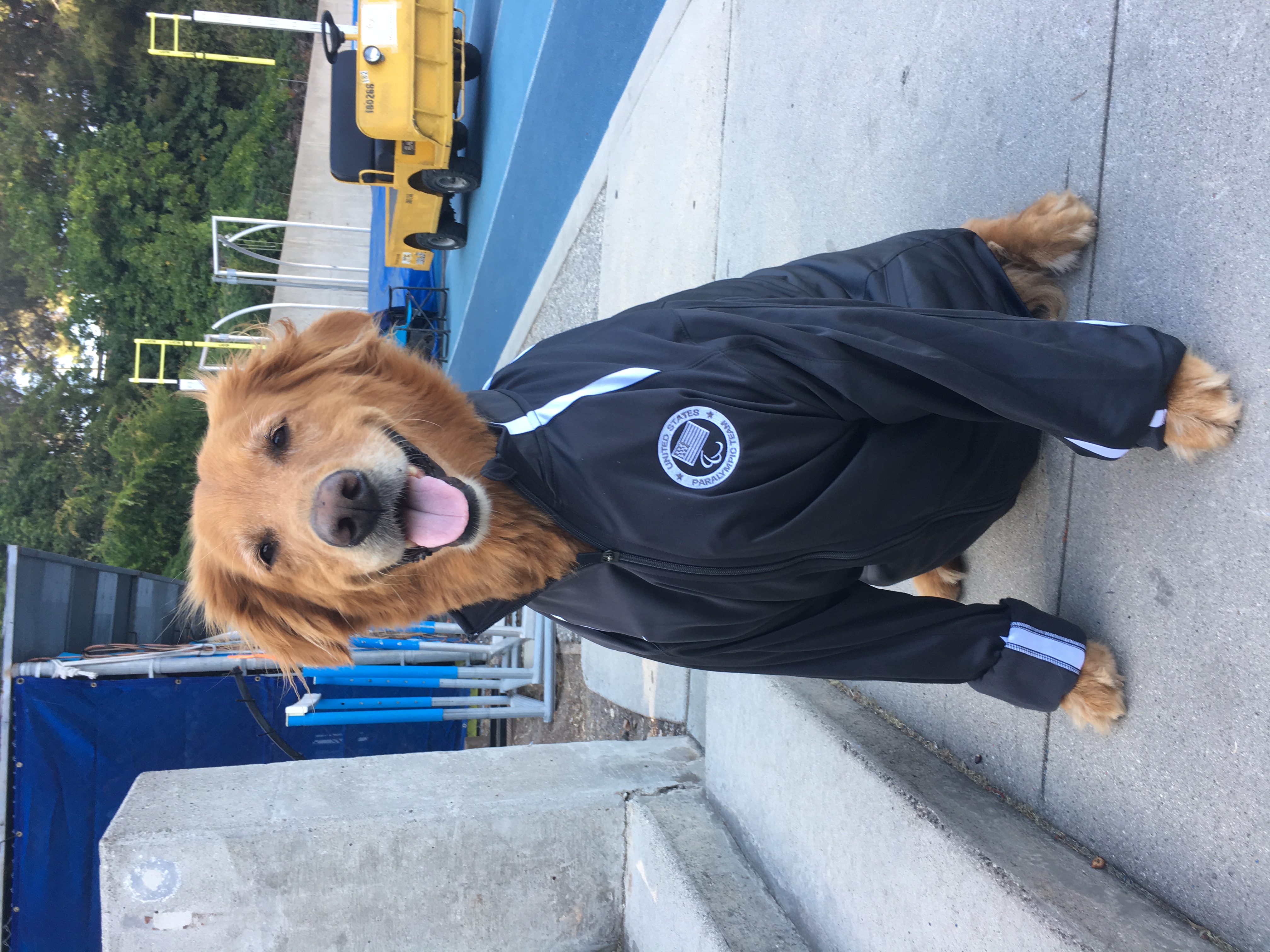 Christy Gardner is the Founder and President of Mission Working Dogs. Christy's passion for dogs has deep, personal roots. Serving as a Sergeant in the United States Army Military Police in Asia, Christy survived an injury in 2006 which eventually led her to accept her golden retriever service dog named Moxie in 2010. The two became inseparable and Moxie has accompanied Christy on many "missions" of their own, including competing with Team USA as an athlete on the Women’s Para Ice Hockey Team and on the USA Para Surfing Team. Christy is a World ranked Para thrower and is currently aspiring to make the US Paralympic Team for Tokyo 2020ne. As a certified dog trainer with nine years experience training Service and Therapy Dogs and five years experience with breeding, Christy has brought her dream of empowering others to fruition with the creation of Mission Working Dogs. Christy lives in Maine with her dogs Moxie, Doug and Libby and they enjoy everything the outside has to offer, from kayaking to hiking to hanging out at their camp in Western Maine.

Rebecca Mann is the Vice President and Veterans Advocate of Mission Working Dogs. Rebecca is an avid animal lover and has three dogs including her service dog, Sully. Rebecca served in the Army for eleven years which included two deployments to Afghanistan. She attained the rank of Chief Warrant Officer 2 before being medically retired in 2016. Since her injury, Rebecca has engaged in several adaptive sports including adaptive mountain biking and sled hockey. As the Veterans Advocate for Mission Working Dogs, Rebecca works to connect veterans in need with service dogs that empower them to be more independent.

Lauren King is the Secretary of Mission Working Dogs. She is a graduate of the University of Maine at Farmington with a Bachelors of Science in Elementary Education. Lauren has been working as an elementary school teacher for the past 15 years with a passion for giving back to the communities she teachers in and making sure her students understand the importance of spreading kindness and practicing gratitude. Lauren lives in central Maine with her husband Travis, their son, Mason and their four-legged son, Monty, who is a rambunctious yellow lab! They enjoy doing anything outdoors from kayaking to boating to skiing and snowshoeing. ​

Claire Parker is the Treasurer and Youth Advisor of Mission Working Dogs. Claire is the owner/handler of Lucky Tim who is the facility dog for Leeds Central School in Leeds, Maine. In addition to being the school’s administrative assistant, she brings Lucky to school every day for him to support the students in the school. Claire lives in Leeds with her husband Jeff and daughter Julia. As the Youth Advisor, Claire works with youth and their families to assess their needs and guide them through the application process. She enjoys boating and visiting the family camp as well as volunteering for the Leeds Food Pantry.

Jill Gastonguay is the Veterinary Medical Advisor of Mission Working Dogs. Dr. Jill is a veterinarian at Mechanic Falls Veterinary Hospital in Mechanic Falls, Maine. She began working in the animal medical field in 1993 as a veterinary assistant. Since graduation in 2001, she has worked closely with breeders to ensure the quality and attributes of the litters they raise. Dr. Jill works with Support animals to ensure their health and safety in order to prolong their time on the job and enrich the relationship they develop with their person. As the veterinarian on the board, her goal is to continue this quality of breeding, and ensuring the health and safety of the dogs in the Mission Working Dogs program. When not taking care of her patients, she enjoys spending time with her family and pets.